World of Warcraft deserves my very first gaming review based on its ultimate, epic adventure! 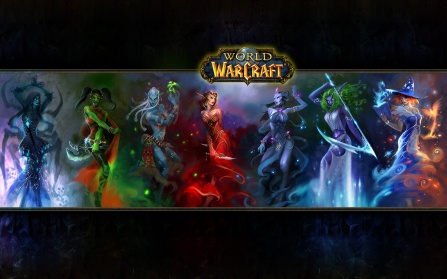 Disclaimer: I was such a newbie when it came to technology and keyboard controls at the time/before 2006. Since 2006, my boyfriend had introduced me to the world of mmo’s (massively multiplayer online) It means the company who owns the game hosts a variety of servers to hold a large number of players simultaneously in the same instance (..or world!) He has taught me how to get adjusted to the keyboard controls (WASD) It was pretty awkward and I kept fumbling with mistakes every so often lol.

First of all, there is a trial membership you can sign up for to get a starter account that allows you to play up to Level 20. If you want to play some more and get more levels (Max level is 110 now) you’ll have to pay subscription for $14.99 on Blizzard‘s website. It’ll convert your starter account to the active one that’s connected to the expansion you may pay for. There are Six expansions have been released: The Burning Crusade, released in January 2007, Wrath of Lich King, released in November 2008, Cataclysm, released in December 2010, Mists of Pandaria, released in September 2012, Warlords of Draenor, released in November 2014, and Legion, released in August 2016. Blizzard, once in a while, have big sales of including all expansions for a small price. Keep an eye out on that to grab the good deal!

Since 2006, I have been playing World of Warcraft on and off. Despite what people say, it’s one of the few MMOs that always draws me back. I don’t know if it’s the content, the familiarity of the game, or the fact I love logging onto my level 110 Druid, flying into some parts of the world and explore and/or mount up to places to do quests. But regardless, there is something captivating about the game. There are some people out there do have resentment towards WoW for example they’d be like, “It’s overrated” or “the PVP system is rigged.” Despite whatever their reason being for hating it, I absolutely guarantee most of them were instantly drawn back. Everyone does. This game has magic. Pulling you right back in and the hatred/resentment has vanished.
For me, it’s the entire experience of creating your character:
Then going through all the rigorous quests, which I may add, Blizzard has done a fantastic job making them more interactive. Currently, I am playing an Alliance Balance Druid (literally a walking, talking moonkin). My character just looks like a giant goof of feathers, but in a way that is an extension of myself. If you look up the lore behind them, you might actually bond with a certain race. My boyfriend always play the Undead race (Basically a bony-looking cannibals). I can say I had the most fun playing the game in a long time as I went through the Eastern Kingdom (part of the Azeroth map) Undead quest line. Through Silverpine Forest, there is quite an epic quest chain where you follow the Banshee Queen and help her try to obliterate the Worgen (Essentially a race of werewolves). The only complaint I have about this game that it’s getting graphic-extensive because back then, it was pretty flexible and playable on low-end machines. Blizzard needs to acknowledge that not everyone is able to afford a high-end machine to play the game. We mostly stick with low settings instead of high and now the low settings are unbearable. Almost. 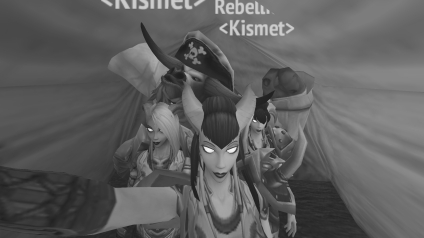 Anyway, PvP is seriously active in the game and will always be. Not one of the reasons I play WoW, but it may be for other people. The satisfaction of beating the opposing faction into the ground or playing ranked battlegrounds and yearning for the new title so everyone can see you as “Sergeant Malfunction” for example, my boyfriend has earned; or whatever your name may be. Everything nowadays has mount or pet rewards for specific achievements throughout the world. If you love hunting for achievements on PS4 or Xbox Live, try knocking some of these out in WoW too! There are about 3,000 in WoW where a typical game on consoles has roughly 40. So far I’ve earned over 16k points /flex.
There are dungeons and raids in the game  and it’s similar to any other MMO. There is not too much of a difference, but some of the achievements are what makes dungeons/raids hard. Just going in and nuking a boss is no big deal, if there’s teamwork. Gear that you wear to make yourself stronger drops randomly in each visit. Sometimes mounts and/or pets drop. 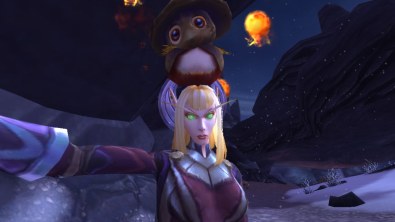 If you haven’t played WoW in a while, come back and try it. If you’re new, I recommend joining a random guild in order to get started after you have entered the game. Just pay the $15 and play for a month. No harm, no foul. All of the servers are still active and have plenty of die-hards. Tired of raiding? Try PVP. Bored of socializing with other people? Go collect Pets or do quests. Yep, WoW has a version of Pokemon and it’s flippin’ awesome! Or just become an achievement whore. There is at least one part of WoW you will find fun. Make a few friends and enjoy the game! 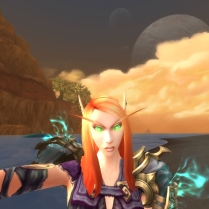 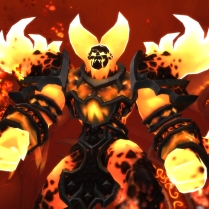 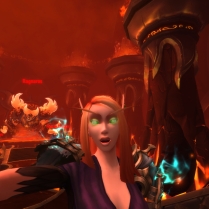 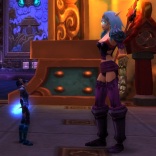 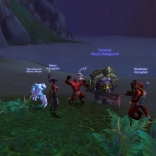 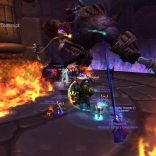 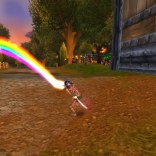